Is the New Message the only path to redemption?

This is in response to the questions asked about the New Message on the Universal Life Church Blog.

No. The New Message says that God has sent different revelations to meet the needs of different people at different times. And though the needs and circumstances of people change, God’s core intention is constant across all of God’s revelations.

According to the New Message, this intention is to redeem the separated through knowledge.

“God is everywhere, redeeming the separated through Knowledge, through a deeper intelligence that God has placed within all sentient beings.”
God, Knowledge and the Angelic Presence, 2008

If God works everywhere and redemption occurs within the individual (instead of in a gathering, ceremony or physical building), how could any religion claim to possess the sole path to redemption?

The New Message is one path of redemption amongst others in the world. Yet it is a very pure path. It is freshly given from the Creator and lacks human interference, idealism, ambition and institutionalization. It exists just as God gave it, unaltered and unfiltered and unadorned. A religious path that still retains the purity of the original revelation is something very special.

“God’s New Message has been sent to raise up the individual and to teach about spirituality at the level of Knowledge. It has been sent to show that all the religions were initiated by God and changed by people, that God has created many pathways of redemption to meet the different needs and temperaments of people living in different times and different cultures.

People should never assume God’s will or proclaim that their religion alone is the only true religion. For God has created many pathways for redemption. Human ignorance and human arrogance here must be corrected if humanity is to find the strength and the will to unite for its own preservation and the preservation of this beautiful world that has been given to humanity as its home in the Universe.”
The Great Waves of Change, Chapter 13: The Great Message of Hope

Yet a New Messages from God is a rare occurrence. God sends teachers and prophets throughout time. But the arrival of a new Messenger and a new Message is a once-a-millenium event. It happens only because there is a new, urgent and global need that existing religious traditions can not address.

“This New Message is not just for one nation, for one group, for one religion. It is for the whole people of the world. It is a Revelation for the world. It is not meant to replace the world’s religions, but to call for their unity and their strength, to emphasize their common truth, to end the ceaseless conflicts between them and to unite them so they may serve humanity in its time of great need.“
The Message and the Messenger, 2008

Part of the great need which has brought the New Message to Earth, is our emergence into a Universe of intelligent life. Contact with extraterrestrial life will be the greatest threshold our world has ever faced. It brings with it certain dangers and opportunities that we must be prepared for. Yet how could we prepare for something so unknown without new wisdom and guidance from the Creator?

In the cold, dark and competitive expanses of space, you only have one chance for success. And the New Message was sent to ensure this success. It teaches that success for humanity will be based on education, preparation and unified action. But could humanity approach these things without a New Message from God? If God’s concern is for the survival and success of the human family, then this may be the most critically important time for a new Revelation.

The purpose of the New Message from God is to prepare humanity for life in the Universe, and to address certain other needs and challenges on Earth:

Declining resources
The suppression of women around the world and their

“Without the New Message from God, humanity would decline. It would continue to exhaust its own basic, life-supporting resources. It would continue to pollute and disrupt the world’s environment and climate. It would continue to compete with one another, maintaining its conflicts, further depleting human wealth, human resources, human value and human self-esteem. This decline would accelerate into the future, rendering humanity weak and helpless and unassuming to those intervening powers from the Greater Community who are here to take advantage of human ignorance and conflict. The end result would be a humanity whose population has been reduced to starvation, conflict, pestilence and war– a reduced population that now has fallen under the subjugation of foreign powers, new masters whose rule of humanity would be harsh and exacting, far more exacting than anything humanity has ever experienced before. It is because of the gravity of this situation and the great peril facing humanity that a New Message from God has been sent into the world.”
Questions and Answers, 2006 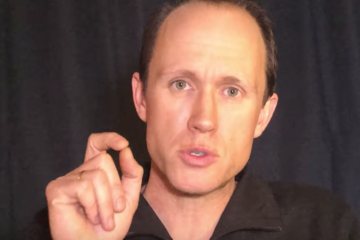 Jesus is not the Only Way to God. A Big Error in Religion

Jesus is not the only way to God. Jesus isn’t even the way God reaches you directly. In the New Message from God, it is taught that God reaches us through the deeper spiritual mind Read more…

When I was 10 years old I climbed to the top floor of our house because I heard a voice. I went up slowly, pausing to listen. I crawled on hands and knees across the Read more… 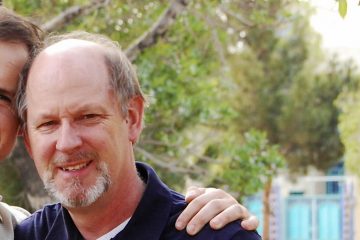 For 29 years, my father has been immersed in a process of revelation. This started with a mysterious voice and a mandate to “record,” an encounter that changed his life permanently and forever. That was Read more…